Goodbye to the old economy: what do companies need to do now?

The migration from the old economy to the new has not always been taken seriously by most companies. But 2020 wasn’t kind to business that were too attached to old formulas and we saw brands disappearing, while others consolidated their name even more.

Companies in the old economy could be very accustomed to growth of 10% or 12% per year and presenting results to shareholders. But, unlike them, companies in the new economy have growth numbers passing from 200% to 700% per year – and, only in the lockdown period, some showed an increase of 70% in their billing base.

Want a better explanation for the reason behind that? They pivot very fast, that is, they change their course radically when necessary.

“In the old economy this does not happen, because it has silos, resistance to cultural issues. There is a very great difficulty in speaking the truth and companies with these characteristics are mainly guided in command/control, the famous ‘do what I say, but don’t do what I do’.”

Who gives us this current notion about the subject is the professor of the MBAs USP/Esalq, Eduardo Marostica. Want to know what else he said about the mistakes of the old economy? Keep reading the text!

Attached to the past

While some companies struggle to stay in the shape of the past and have little tolerance to error, companies in the new economy present a greater freedom to commit flaws, because they understand that error is part of the process. And the faster it happens, the faster it is processed and learned. That’s part of the secret.

But, for Marostica, the great paradigm is also in checking if the company of the old economy will have support to endure such speed. “These companies might survive, but they will do this at the mercy of the new economies of fedics (Investment Fund in Credit Rights), fintechs and startups”, he says.

The professor also adds that they can no longer stay in the past and resist changes, unless the desire is to go broke and disappear. “Companies don’t just disappear by doing the wrong things, but also by doing the right things for a long time”, he says.

“They have no level of understanding that a company is not built by its founders, it is a social being, a living being, has to be adaptable to be part of a system. So adaptability is a mandatory issue in this BANI world that we live in. If people in a company don’t understand this, difficulties will arise”, he adds.

Some thermometers of this are already felt. As examples, we have Ford, who closed its doors in some countries, and Volkswagen, who recently stopped for two months its production in some headquarters around the world.

For Marostica, although this is part of an unbelievable situation, it is the most common exit to companies in the old economy. But, those who believe that there is no other solution, must, from now on, think different.

The way of thinking changes too.

As we have seen, stopping during crises is not the solution, but rather investing in technology, speed, market intelligence and adapting the business model to this. Marostica points out that no company needs to cease to exist, but presenting a change in mindset will be essential to your survival.

“A change in mindset involves changing management, acquisition of software, use of BI to do a reading of competition”, recalls the professor. “Companies with these characteristics do not care about their competitors, this is irrelevant. Their model is of scale and they are focused on growing”, he adds.

It is mistaken who believes that an agile mindset is a behavior purely present in young companies. Every company needs to have diverse thoughts and this includes hosting people of the generations Baby Boomer, Millennials, Z or what else is to come, besides bringing in the minorities.

“The company hires intelligent people not to say what they have to do or how to behave, but rather to hear what they have to say. Different thought gives different looks, generates plurality and gives agility in decision-making”, notes Marostica.

These points are necessary when we talk about customer enchantment, but, for the professor, what is the sense of thinking about the journey of the user and success of the client without essentially looking at people?

“This means interaction, which is listening to understand the perception of who speaks, is the dialogue that builds a narrative, always by the vision of the other, never by ours”, he says.

For all companies, the central concern should always be the customer focus, not the focus on the customer. They need to understand and not only answer, put the customer at the center of everything, know their journey and work at their speed, in their time and personalized, always in an agile way.

“Agile doesn’t have to be bad, sketch-like. Agile can be wonderful, then, quoting Leonardo Da Vinci, it is possible to be simple and sophisticated”, assimilates the professor.

The old economy has much to learn.

Currently, one of the most admired agencies in the world is not a company, necessarily, but rather the Fire Department. Almost nobody thinks much about this, although it is the best example of why people should be in the center of processes.

“Fire fighters wake up every morning to give their life for a low salary, for all of us. They have a cause, they aren’t summed up by the salary and there is a passion for what they do. This is empathy, altruism, reciprocity. This is what should be at the heart of every company in the new economy”, reinforces Marostica.

“If I work independent of who is on the other side, like the firefighters, I have the focus of the other, my protagonism is little important knowing that the cause is more important than who does what”, he adds.

Another great example for the business market is the health professionals themselves, who from the beginning of the pandemic and even before it, are trying to make, to the extent possible, the difference.

“Our journey has to have, at the end of the day, the opportunity to make the difference in who is on the other side. This is the great incentive that works not only in faith, but also in public agencies and companies in the new economy. Convergence is one: look at the other, with love and respect”, he points out. 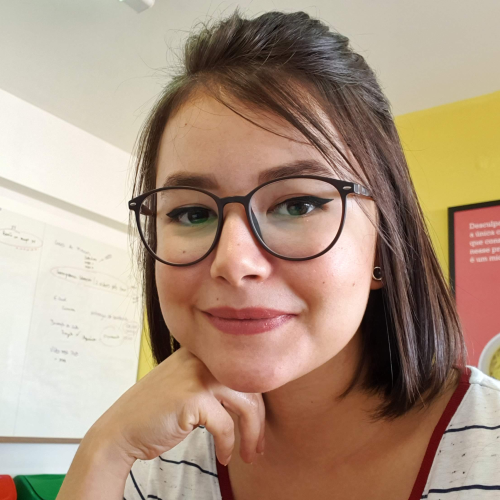 Ana Rízia Caldeira
A good listener, I truly enjoy moments in which I can see the world and get to know things by the words from other people. Not surprisingly, I got into journalism. And besides bringing contents to Next, I use my abilities of ascertainment and listening to flirt with a mini career in hosting for the MBA USP/Esalq stories, in the segment Você no Camarim. When I’m not making myself busy by being the text and Instagram girl, I like to use my free time to read books, watch a good movie, decorate my house with crochet rugs, draw flowers and exploit my cooking skills. Quando não estou me ocupando em ser a garota dos textos e do Instagram, gosto de usar meu tempo para devorar livros, acompanhar algum bom filme, enfeitar minha casa com tapetes de crochê, desenhar flores e abusar dos meus dotes na cozinha.

Business Management Professionals get a head start! Be one of them!

The impacts of ESG in business

Behavior X Platforms: the challenges and opportunities of the new economy