Artificial intelligence and the Uncanny Valley

If you’ve ever came across a robot or artificial intelligence and thought “wow, this is strangely human”, then you’ve already been in the theoretical chasm called the Uncanny Valley. This theory, linked directly to the development of robotics, explains the feeling of discomfort with the similarity of a robot with a human, and can reach a deep-rooted repulse.

If the levels of empathy people have for artificial intelligences were measured and inserted in a graph, the Uncanny Valley would be the lowest point, surrounded by higher points. It is an interval between our levels of sympathy for machines.

Who explains this best is Lucas Guerreiro, professor and co-founder and Chief Technology Officer (CTO) of Skylar, an artificial intelligence startup aimed at translating and subtitling materials and events, both recorded and live.

Do you remember the principle of robotics, with metal robots and apparent panels? These models, despite attempting to replicate behavior and intelligence, make it clear that they are only machines performing in a similar way to humans. So, they gained our sympathy with the passing of time.

“With the development of technology, the similarity of these robots with humans has begun to increase. Just like our empathy for them”, says Guerreiro. This process can be viewed in an increasing graphic form considering our level of empathy.

However, the theory of the Uncanny Valley says that this similarity generates rejection at a certain point. “This happens because the profile of these robots would be in a limiter that is different from what we are used to in artificial intelligences and different from humans. At this point, our enchantment becomes disgust and oddness, causing us to lose the empathy we have developed”, he says.

The trend is for the appearance of robots to keep evolving to overcome the Uncanny Valley and continue to gain our empathy. In the graph, then, this theory would be a low in the line of empathy, which would grow again later.

When artificial intelligence finds an intermediate point between mechanical and human appearance, the Uncanny Valley can gain space, says Guerreiro. “There is no exact parameter for this point, but it tends to occur when the evolution of the physical aspect of robots is in the limit between distinguishing whether it is a machine or a human.”

According to the professor, the reason for this rejection is still studied by many researchers from around the world, but, in general, it seems to be related to its misshapen characteristic.

“The goal when we deal with an artificial intelligence very similar to a human is, for just a few moments, to forget that we are dealing with a machine. When some part or behavior of the robot or computer graphics takes us from this reality, we notice something different and get out of that momentary comfort to deal with what is known”, says Guerreiro.

And then fear arises. We enter into an alert state when we realize that that intelligence is not human, but can be human in certain moments. “The thought that artificial intelligence can act as humans, but with certain advantages (without diseases, fatigue or emotions, for example), causes us the fear of being controlled by machines in the future.”

These robots fall in the Uncanny Valley without being able to reach the level where we are sympathizing with them again because they are “like us”. Among the examples of robots that remained in this abyss, the professor cites Telenoid R1, a Japanese android created in 2010, and the Diego-San robot, activated in 2013.

Fear of being controlled by robots can be a factor for some intelligences to fall in the Uncanny Valley. However, it does not take into consideration how much our life is already filled with machines and robots.

“In social networks, artificial intelligence is associated with recommendations from friends, pages to follow, content and, particularly, advertising. All information we consume (whether liking, commenting, following, viewing or even talking in more private conversations) is used to compose a profile of possible related things we can enjoy, customizing our experience”, he says.

“This feature can also scare us, but the good news is that social media has a privacy commitment, as to not identify us separately. We can also withdraw our consent to receive customized advertisements”, says Guerreiro.

“We are dealing with virtual assistants more and more. When we contact companies, we are served by chatbots or telephone voices that, even if recorded by a real person, are automated. I believe that the main idea is to humanize this automated contact between company and client.”

Artificial intelligence has been personified over the years to bring us an experience closer to the real possible. Because of this, we are talking here today about the Uncanny Valley.

To make an overview of the situation, Guerreiro comments that all this started with Siri, the Apple voice assistant. “It was a revolutionary and pioneering technology, which pleased the consumers immediately. They felt much more comfortable to deal with more customized answers. With this, the market began to increasingly demand this type of experience, leading to the creation of the Google Assistant, Cortana, among others.”

The next step was the creation of robots or graphical computations with a face for these assistants, bringing even more similarity to humans, in addition to the possibility of interaction.

Thinking about embodiment is to think about the relationship of trust and loyalty with the brands. “It is much easier to identify ourselves, interact and trust in a human. With this, when we encounter these humanoids, which seem and act as humans, the tendency is to create a much higher level of trust with the brand represented in this way”, he says.

Should we be afraid?

Guerreiro said earlier that robots can have a much greater force than that of humans, do not get tired, do not need to sleep or eat, do not get sick, and so on, they can be physically stronger than us.

“What has always differentiated us from robots is intelligence. However, with the evolution of artificial intelligence, the decision making capacity of robots is becoming better and better. This means that high physical power combined with an increasingly human reasoning generates the fear of these machines to become dangerous on some level”, says Guerreiro.

However, artificial intelligence is trained to perform what humans have defined for them. “Good intentions combined with limit and control of your advance represents a safe scenario. Therefore, regulations in this sense should be proposed in the next few years”, the professor concludes.

What do you think of the evolution of artificial intelligence and the Uncanny Valley? We want to know your opinion about the future! 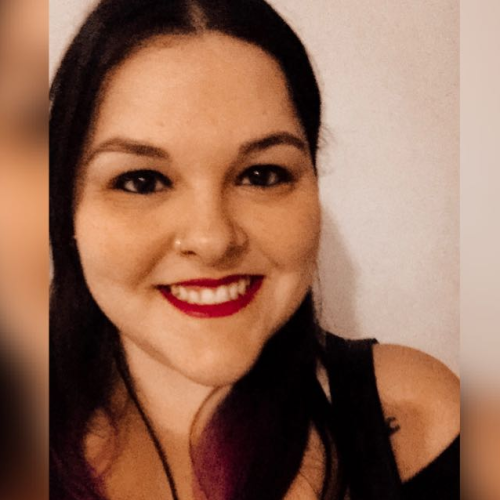 7 video marketing tips to use now