In a world in which economic factors dictate the rules and the next decisions of companies and entrepreneurs, Project Economy arises as a fundamental piece for good analysis and, consequently, good business management. This is because project teams have great potential to meet the changes of the economic scenario and its effects.

To talk about important aspects of Project Economy and its relevance in the daily life, we talked to Professor Fernando de Souza Coelho, from the MBA in Project Management USP/Esalq, who presents a coherent and contextualized approach about the theme. Check out below!

What is Project Economy?

For a good application of Project Economy, it is necessary to understand its real meaning and scope. Coelho divides the term, explaining Economy – essential science for debate – and its due application in Projects.

“Economy is an applied social science and, as such, it is a way of thinking about business, in particular, and society. In Project Management, like in any area of management and administration, Economy has contributions by macroeconomics and microeconomics”, he explains.

“All managers need to understand the economic environment and its variables (GDP, inflation, unemployment, interest, exchange, public deficit/debt) and how the results of these macroeconomic aggregates influence a sector, a company or a project. Likewise, it is fundamental to understand the behavior of the consumer and market structures, i.e., demand and offer to position a product or service, microeconomically.”

The pillars of Project Economy

In the professor’s conception, Project Economy is a concept that can be divided into two pillars:

Instrumental: refers to the idea of evidence-based project planning/management, which includes economic data, whether macro or microeconomic.

Substantive: it refers to the idea that economic prosperity is not merely profit, but the idea of balance of needs of interested parties, whether immediate (short-term) or future (which, in the limit, include an intergenerational look by the sustainability paradigm).

How to apply Project Economy?

“First, it is important to understand the concepts, based on a language of economics, as well as the economic models (introductory) that operationalize the concepts and translate them into indicators”, he says.

He exemplifies it with the GDP. “We all know what GDP is (Gross Domestic Product). This is a concept. But how to operationalize it to understand the conjuncture of a country’s economy? We need a model and, consequently, an indicator that estimates this GDP. This is the role of our subject in the MBA in Project Management, to show how economic concepts are translated into economic models and estimated by economic indicators that allow managers to analyze the economic environment of a country and sector.”

Project Economy in periods of crisis

If Project Economy is essential for business, it is natural that its use during periods of crisis is something equally necessary, because it guarantees better interpretations and assists in the management of impacts in projects overall. The professor explains its importance based on the pandemic scenario in which the world is.

“Crises in Economy are anticyclic periods in economic conjuncture (a recession, for example) and/or periods of adjustments in economic structure – the basis of economics. Today, we have an economic crisis simultaneously conjuntural and structural, coming from the pandemic health crisis and overlaid, in Brazil, to a political crisis. It is not a trivial panorama of exploring, but knowledge of Economy contributes a great deal to interpret the scenario/trends and its impacts on Project Management.”, he says.

What is the importance of Project Economy for a company?

Economy should be widely considered in any decision process, according to the professor. “Changes in the long-term economic structure and short-term economic conjuncture impact business projects and need to be considered both in the design and elaboration of the project and in the M&E process (monitoring and evaluation), including life cycle planning, resource mobilization, financing models, risk management and scope adjustments.”

The role of the leader: socio-emotional skills and Project Economy

If you are wondering if Project Economy is something that involves a leader’s emotions as well as their rational side, the answer is yes! “Economy is reason, but likewise, emotions. There is a renewed area in economic science, called behavioral economics, which has yielded some Nobel Prize laureate studies in the last decade. It demonstrates how cognitive results from various (emotional) motivations and social influences”, the professor says.

Coelho also highlights the need for the leader to connect several areas of knowledge, integrating diverse knowledge with feelings, contributing to the understanding and solution of more complex problems. “An economist in the public sector, for example, can be a very good economist, but if they do not understand the political team and the ‘social game’ of governability around an economic project, they do not thrive in their ideas and initiatives”, he says.

The professor concludes by highlighting the relationship between Project Economy and personal life, analyzing scenarios in which the use of methods and approaches helps in the resolution of personal daily life.

“The planning of personal life and professional trajectory involves a life cycle that, if addressed by the logic of projects, covers the economic dimension. Let us think, for example, about the reflection of an executive about the perspective of their retirement. Such a decision involves economic variables integrated with their personal (or family) financial planning. Or, likewise, someone thinking about an alteration in the post-pandemic lifestyle, which considers a city change in the face of the trend of telework in many occupations. In this case, the person also considers costs versus economic-financial benefits, which include objective variables (cost of life, time saving, security etc.) and subjective variables related to the idea – personal and intransferable – of quality of life.”

Do you see how Project Economy is important for your life? Take advantage of the opportunity to learn more about the subject and register for the MBA USP/Esalq in Project Management. 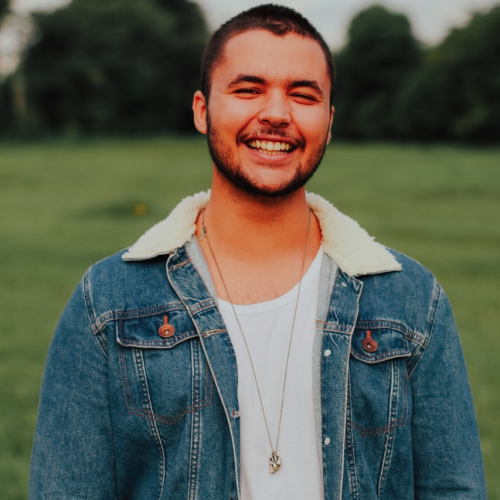 Acacio Junior
Husband, Christian, in love with life and good friendships. A long journey until here made possible my integration on the Communication world, and now I venture into production of written contents and, honestly, I could not be happier. Currently, I found myself in the scripts and the daily learnings in a world full of stories I hope to discover.

Life experiences and professional growth: what do they have in common?

Career in Project Management: for those who want to stand out today!

5 skills of a data scientist. Do you have them?